My Thoughts on the R-Word 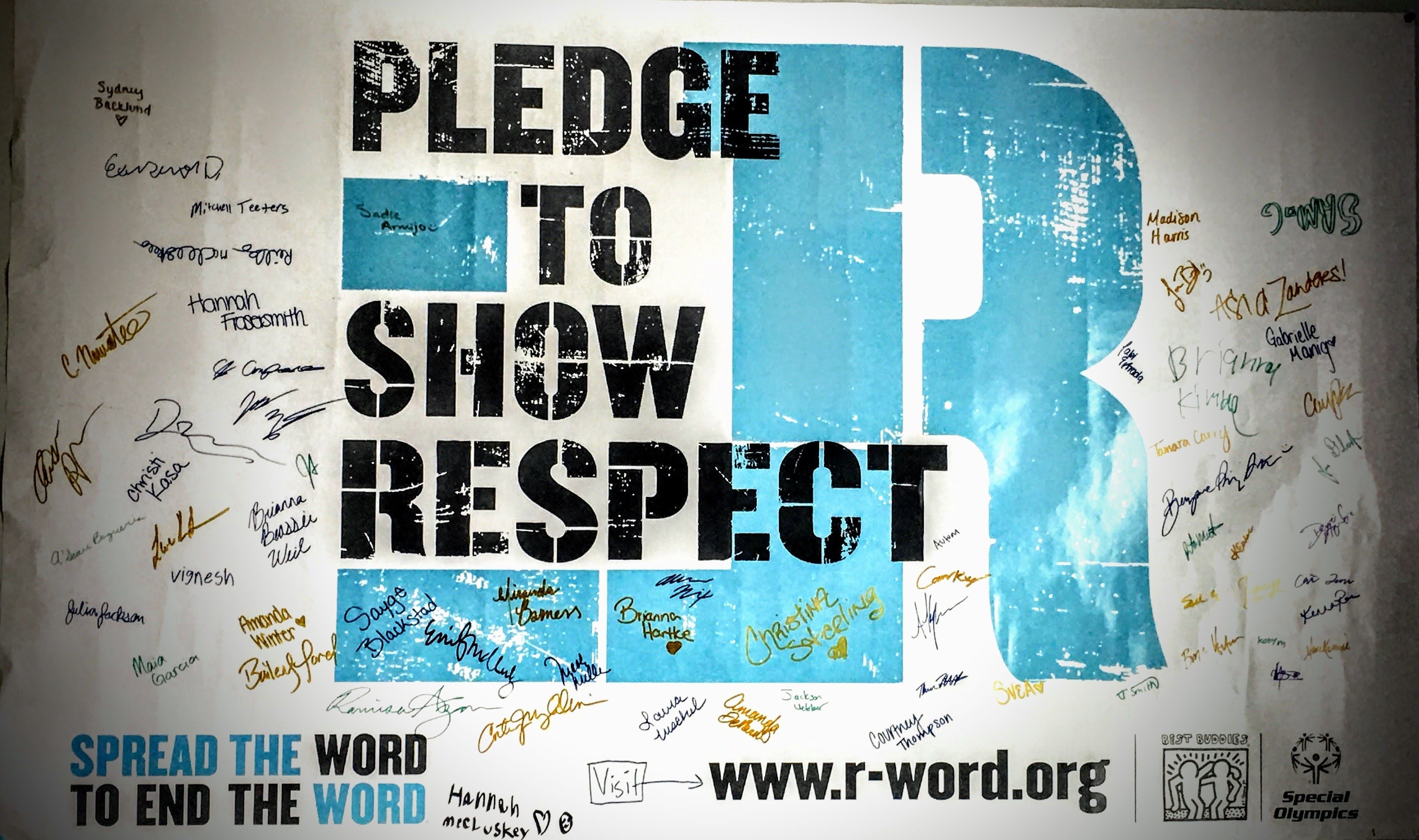 This spring, IN! worked with nine college students with intellectual disabilities (ID) to provide mentoring to a group of high school students with ID who are thinking about college. One mentor was inspired and wanted to raise awareness about the R-word, retarded. For this special edition blog post, he compiled some of his favorite articles about this topic.

"“I think (the R-word) is certainly used in a derogatory way.” It releases this conception that someone who is ‘retarded’ is somehow inferior and less capable. But even out of context, the R-word is still derogatory because it has become synonymous with stupid. I wish (people) knew more about the history of the word,” said Cara Johnston, biology senior and vice president of Longhorn Best Buddies. “When (people) use it now, they think of it as another word for stupid, but it goes back and is used to describe people with intellectual and developmental disabilities.” Although most aren’t actively targeting those with intellectual and developmental disabilities when they jokingly call someone retarded, they are equating stupidity with mental retardation — a fallacy that legitimizes the idea those with disabilities are stupid. “No one wants to be made fun of like that.” No one wants something that is so integral to who they are to be used as an insult for someone else. Some argue the word isn’t offensive out of medical context because “mental retardation” was the clinical term used for so long, but this is not a salient argument. Thanks to Rosa’s Law, which was signed by President Obama in 2010, the term “mental retardation” was replaced with “intellectual disability” in education, health and labor policies." As times change, so should our language." Link to full article by Jennifer Beck, the Daily Texan

"The language we use, advocates say, represents our values and can lead to certain behaviors, positive or negative. Using the R-word is a form of excluding and isolating people, but on the other hand, Palumbo says, “each decision to not use the R-word re-affirms the attitude that people with [intellectual disabilities] are valuable enough to not denigrate, valuable enough to include in shared human dignity.” For parents of and advocates for people with intellectual disabilities, using the R-word singles out certain people for different treatment—and is just plain hurtful. “[It has] the same effect and intent of any slur, whether racial, anti-Semitic, anti-LGBT, anti-Muslim, etc.,” Wagner-Peck says. “It diminishes the person’s humanity. It is a hateful word whether the user acknowledges that or not.” Read the full article by Sabrina Sooknanan, NYMetroParents

Many students on college campuses are pledging to show respect and spread inclusion. You can do the same. Help spread the word and take the pledge.